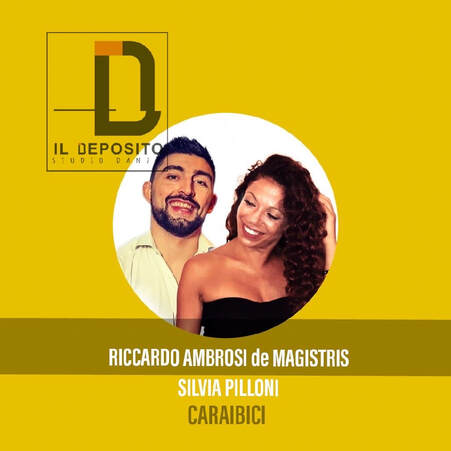 Dancing salsa since 2006, Riccardo started studying cuban and classic portorican style on2 from the argentinian Ivana Maldonado in Rome (Italy) where he lives.

Passing through many years dancing and teaching Los Angeles style On1 he could definitely fall in love with New York Mambo On2 style when he met Marco Ferrigno who gave him the opportunity to join his dance company Ansima Production Ballet in 2013.

​Thanks to Ansima he could travel and dance all over Europe, and in 2016 had a little experience in Asia where he was called to teach and work for So You Think You Can Dance Vietnam TV SHOW! In 2017 finally realized his dream to dance in U.S.A. with Marco Ferrigno and Karel Flores, performing in San Antonio (Texas) and New York City! Now he is still living in Rome where he opened his own dance school “Mamborico Latin Dance Studio”, travels every week in Milan where he gives classes and do reharsals with Ansima and is surfing his best years as a professional salsa dancer and performer all over the world!!